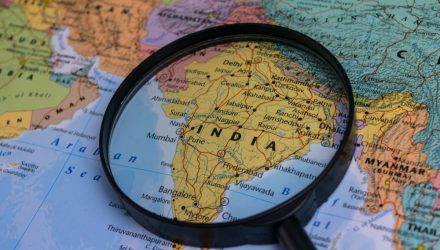 VC Investor: “The Buzz Around India Is Not Unfounded”

While emerging markets have been in a bear market, India continues to be the most promising country in the sector. Not only has the country recently overtaken the U.K. as the world’s fifth-biggest economy, but India is also one of the world’s fastest-growing major economies. One investor has noted that confidence continues to permeate into early-stage investments in India.

“That startup ecosystem has matured very well in the last few years, and it continues to grow in the years to come,” said Shilpa Sehgal, a partner at the venture capital firm Equanimity Investments.

Speaking with Juliette Saly and Rishaad Salamat on “Bloomberg Markets Asia,” Sehgal said “there is opportunity across sectors,” from fintech startups to growing consumer technology firms. The space is also buttressed by a strong IT sector.

“India is the third largest startup ecosystem in the world. It is also the fastest-growing one,” Sehgal added. “So, this itself says that the buzz around India is not unfounded.”

The country is also seeing a surge in startups planning to go public. Citing data from Prime Database, Nikkei Asia reports that during the first eight months of this year, 20 companies have so far raised about 433 billion rupees ($5.27 billion) through IPOs in India. By comparison, 63 companies raised 1.18 trillion rupees over the whole of 2021.

“India is a significant part of our strategies,” Kevin T. Carter, founder, and CIO of EMQQ Global. “That is expected to grow in our upcoming rebalance and for the foreseeable future.”

Carter added that India is also “one of the most exciting pockets in the global equity landscape when you consider the size of the market, the growth in the economy, and the very low penetrations rates. Its tech ecosystem today is where China was ten years ago and where the U.S. was two decades before.”

India is the third-largest exposure in EMQQ Global’s Next Frontier Internet & Ecommerce ETF (FMQQ) and the entire focus of the India Internet and Ecommerce ETF (NYSE Arca: INQQ).