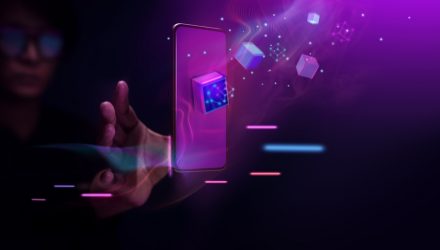 This exchange traded fund strategy is designed to capitalize on the opportunities at the forefront of India’s internet and e-commerce sector.

In the recent webcast, For Tomorrow’s Brightest Internet Opportunities, Look to India, Kevin T. Carter, founder and CIO of EMQQ Global, highlights the emerging opportunity in developing economies, such as their favorable demographics that continue to support consumption-based growth and the fact that 85% of the global population resides in developing countries. Emerging markets and frontier markets are also home to some of the youngest demographics, with about 8.8 times the number of those under the age of 30 compared to developed economies.

Carter pointed out that middle-income consumers would take on a more significant role in the global economy ahead, especially in emerging countries where younger demographics thrive. According to McKinsey & Co.’s projections, an expected 4.2 billion people will constitute the consuming class by 2025. The emerging markets could account for $30 trillion in consumption, with developed markets making up $34 trillion. In comparison, emerging market consumers only generated $12 trillion in world consumption in 2010.

Furthermore, developing economies’ adoption of smart devices and deepening internet penetration remain in the early phases. There is still plenty of room to run. For example, while 82% of U.S. citizens have access to smartphones, Chinese smartphone users make up about 63% of its overall population. India’s smartphone users only constitute 32% of its population.

As a better alternative to traditional emerging market funds, Carter highlighted a focused strategy, the Emerging Markets Internet & Ecommerce ETF (NYSEArca: EMQQ), which includes access to EM companies related to online retailers and the quickly expanding e-commerce industry. To be included within the ETF’s underlying index, companies must derive most of their profits from e-commerce or internet activities like search engines, online retail, social networking, online video, e-payments, online gaming, and online travel.

However, Carter warns that EMQQ has primarily been a China story as China makes up 53% of EMQQ’s underlying portfolio, which doesn’t come as a surprise since China’s e-commerce sales are four times larger than all other emerging markets countries combined. However, this does not mean that investors should ignore the next frontier of consumer markets. Like many frontiers, developing economies see a slew of new e-commerce or retail internet companies coming online.

Consequently, investors consider the Next Frontier Internet & Ecommerce ETF (FMQQ) to capture these more favorable trends in frontier markets. Strong economic growth, attractive relative valuations, and a concentration on consumer and internet names — the most attractive sectors — could be an excellent opportunity for investors for a more targeted approach to these frontier economies. Carter also notes that the next frontier population is four times larger than China, providing an extensive consumer base to support a growing internet and e-commerce industry. The next frontier also offers a greater consumer growth story with only about 5% e-commerce penetration among FMQQ’s underlying countries.

Looking ahead, India is projected to have the world’s largest population in the next couple of years. India’s generation-z, or younger demographic, the population is greater than that of China and the U.S. combined. India is also the fastest-growing major economy, with the International Monetary Fund projecting a GDP growth rate of 9.0% over 2022, compared to 4.8% for China and 4.0% for the U.S. The IMF is even estimating India to become the third-largest global economy by the next decade.

Meanwhile, Indians are avid adopters of digital devices in the age of communication. India has the cheapest data costs globally and the highest consumption of data. Every month, 7 million Indians get access to their first smartphone. The Indian government also backs the push toward digitization through deregulation and favorable treatments.

Financial advisors who are interested in learning more about internet opportunities in India can watch the webcast here on demand.