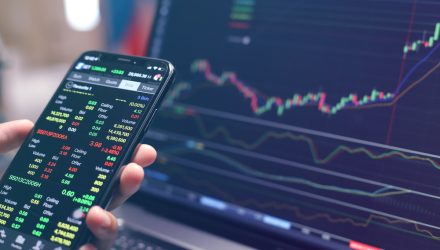 Some 5-Star Stocks Reside in This Emerging Markets ETF

It’s difficult to cast 2022 equity market weakness in a positive light, but one benefit is that some previously beloved growth stocks are now more attractively valued than they were when equities were racing higher last year.

That includes emerging markets equities — an asset class many investors are frustrated with. However, some of the most attractive opportunities for long-term investors are found among growth stocks in developing economies. Investors that don’t want to stock pick to that effect may want to evaluate exchange traded funds such as the Emerging Markets Internet & Ecommerce ETF (NYSEArca: EMQQ).

While the broader emerging markets complex is struggling this year, ensnaring EMQQ in the process, it’s worth noting the ETF is home to several stocks with a five-star designation from Morningstar.

“As stocks slide into bear market territory, the number of companies whose stock valuations are dropping into the undervalued 5-star Morningstar Star Rating territory have reached levels not seen since the coronavirus pandemic selloff back in March 2020,” noted analyst Jakir Hossian. “As of May 18, the number of 5-star-rated stocks hit 113, nearly 13% of 871 U.S.-listed stocks covered by Morningstar analysts. That is a little more than half of the 211 U.S. 5-star stocks that were in the market at the end of March 2020.”

The research firm features several lists of five-star equities, including one comprised of “high-quality companies that Morningstar analysts believe to hold lasting competitive advantages over their peers for at least the next two decades, as denoted by their wide Morningstar economic moat rating.”

For investors considering EMQQ, the above point Hossain made is relevant because this is the category in which several of the ETF’s holdings reside. That includes Latin American e-commerce giant MercadoLibre (NASDAQ: MELI). Following a more than 44% year-to-date decline, MercadoLibe trades at a 52% discount to Morningstar’s fair value estimate.

Chinese e-commerce behemoth Alibaba (NYSE: BABA) is also part of this group, as is JD.com (NASDAQ: JD), which is one of China’s largest online retailers. That pair both trade 51% below Morningstar’s fair value estimates, according to the research firm.

In order, Alibaba, JD.com, and MercadoLibre combine for over 19% of EMQQ’s weight and all three are among the ETF’s top 10 holdings.