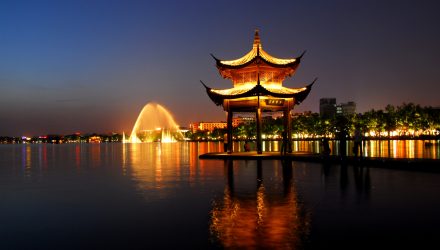 Possibly a PCAOB Push for EMQQ

One of the largest overhangs on Chinese stocks trading in the U.S., including some previously thriving growth names, could finally be easing.

Last week, the Public Company Accounting Oversight Board (PCAOB) struck an agreement with the China Securities Regulatory Commission (CSRC) and the Ministry of Finance of the People’s Republic of China. The highlight is that Beijing will allow audits of China- and Hong Kong-based companies that trade on major U.S. exchanges.

The news has implications – potentially positive – for a variety of exchange traded funds, including the Emerging Markets Internet & eCommerce ETF (EMQQ).

“This agreement marks the first time we have received such detailed and specific commitments from China that they would allow PCAOB inspections and investigations meeting U.S. standards,” said Securities and Exchange Commission (SEC) Chairman Gary Gensler in a statement. “The Chinese and we jointly agreed on the need for a framework. We were not willing to have PCAOB inspectors travel to China and Hong Kong unless there was an agreement on such a framework.”

According to a Reuters article, PwC, Deloitte, and KPMG – the auditors for Alibaba (NYSE: BABA), JD.com (NASDAQ: JD), and Yum China (NASDAQ: YUMC) – have been notified those are among the initial batch of Chinese companies that will be examined by U.S. regulators.

For investors considering EMQQ, the news is relevant on multiple fronts. As of Sept. 1, the ETF allocates 51.6% of its weight to China, by far the fund’s largest geographic exposure. On the same date, Alibaba and JD.com were EMQQ’s second- and fifth-largest holdings, respectively, combining for roughly 14% of the ETF’s roster, according to issuer data.

There’s more relevant PCAOB news for EMQQ investors to consider. Another media report suggests NetEase (NASDAQ: NTES) and Baidu (NASDAQ: BIDU), long considered the Google of China, are also among the initial group of Chinese companies to be reviewed by U.S. regulators. Those are EMQQ’s eighth- and ninth-largest holdings, respectively, combining for 9% of the ETF’s roster.

It’s a good start, but there could be more to come.

Make no mistake, though: The proof will be in the pudding. While important, this framework is merely a step in the process,” added Gensler. “This agreement will be meaningful only if the PCAOB actually can inspect and investigate completely audit firms in China. If it cannot, roughly 200 China-based issuers will face prohibitions on trading of their securities in the U.S. if they continue to use those audit firms.”