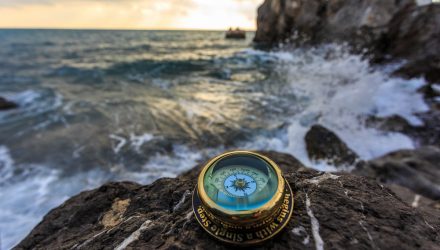 The Russia-Ukraine war has led the global investment community to shun trading with Russia. While many countries have placed sanctions on Russia (with more to come), the New York Stock Exchange has halted trading in ETFs and securities tied to Russia, and the MSCI and FTSE Russel have delisted Russia-based securities on their indexes.

All of this is leading ETFs focused on emerging markets into “uncharted waters,” according to Morningstar’s director of global ETF research Ben Johnson. Speaking with CNBC’s “ETF Edge” this week, Johnson said that “What comes next is anybody’s guess,” adding: “We’re going to be making some things up as we go.”

“This is a moment that’s going to give many investors pause,” Johnson said, before adding: “There’s no sort of limit to the creativity, the dynamism, the options that index manufacturers and fund sponsors have to try to navigate some of these issues.”

Johnson noted that even if the Russian stock market reopens and restrictions are lifted, “in all likelihood Russian stocks will be in the penalty box for the foreseeable future, off on their own until the index providers can get comfortable mainlining them again, if that ever happens.”

“Our exposure to Russia is minimal and in the event of further sanctions, we will promptly comply,” wrote Carter. “We continue to monitor the situation very closely and will communicate any developments.”