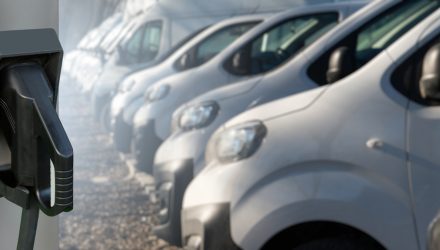 MercadoLibre to Double Its Electric Van Fleet in Latin America

MercadoLibre is looking to double its electric delivery vehicle fleet in Latin America to more than 1,000 by the end of the year. In an interview with Emily Chang on Bloomberg TV, CFO Pedro Arnt said that the Buenos Aires-based e-commerce retailer and fintech giant is adding over 500 electric vans in the next few months.

“That’s just a portion of what we need to do for the long run,” Arnt said. “Part of the commitment around the bond was to transform about 10,000 of those EVs over the next three to five years. That’s what we’re working on.”

The new vehicles will go to Brazil, Chile, Colombia, and Mexico, according to Bloomberg. The company will finance this influx of vehicles from a $400 million sustainable bond issued last year, as it plans to reduce the environmental impact of its logistics expansion.

For the past few years, the company has invested considerable resources to its logistics network, which has led the e-commerce firm to be the biggest in the region. This year, MercadoLibre has committed to investing $10 billion in Latin America — a record.

“We’re optimistic about the business and continuing to ride the revolution of consumers moving online for commerce and their digital finance,” Arnt added.