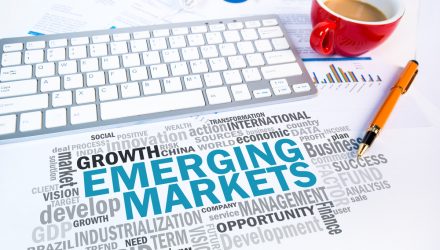 MercadoLibre Inc. (MELI) has been one of the biggest success stories in emerging markets over the past 10 years. Since launching its IPO in 2007, the Buenos Aires-based e-commerce giant has seen an annualized return of 29%. Cumulative, that return skyrockets to 4,207%.

“Mercadolibre has really evolved into a dynamic tech company. When it launched over 20 years ago, it was mostly just an e-commerce business. It has now developed a formidable fintech arm that spans everything from payments and e-investing to crypto,” says Akeem Bailey, director of research at EMQQ Global.

Bailey adds, “it was probably quite difficult to imagine the company doing all these things in 2007 when it first IPO’d. But these founders and their companies have vision. And they build platforms that allow their businesses to scale well beyond expectations. I don’t think that formula has changed.”

Like all success stories, MercadoLibre’s isn’t one devoid of obstacles (hey, all stories need conflict). While the Latin American company’s long-term returns have been impressive, they’ve also included numerous drawdowns— at least eight declines of 35% or more, by Polen Capital’s count.

While MercadoLibre’s IPO got off to a good start, it wasn’t long before the company had to contend with the global financial crisis. MercadoLibre’s stock price sold off considerably in 2008, at one point dropping as much as 90% from its high. Dynamic, competitively advantaged businesses typically recover from these setbacks and power through tough times.

“Thus, despite MercadoLibre’s current drawdown, we remain optimistic about the long-term compounding potential of the business,” Polen writes. “In fact, we would view the recent sell-off as an opportunity for patient investors.”

Even the most successful companies in the world have faced periods where their stock prices fell substantially. History has shown that great companies tend to bounce back and ultimately flourish.

MercadoLibre is the sixth-largest holding in the Emerging Markets Internet & Ecommerce ETF (NYSEArca: EMQQ) and the second largest in the Next Frontier Internet & Ecommerce ETF (FMQQ), making up 5.35% and 7.88% of the tech-focused emerging markets ETFs, respectively. MercadoLibre is one of the oldest members of the EMQQ Index and one of the key stocks that originally inspired EMQQ Global founder and CIO Kevin T. Carter to launch EMQQ.

“Today we are experiencing another bout of intense volatility,” Bailey explains. “But companies like MercadoLibre and others in FMQQ are continuing to build their businesses for the long term.”