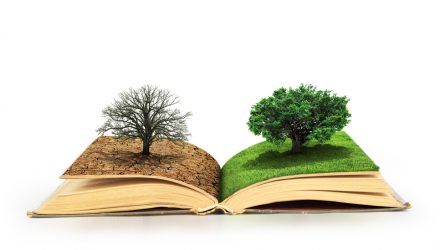 Life + Liberty Indexes Founder: “We Are Either Using Our Allocation Powers for Good or For Evil”

“Investing in emerging markets involves taking on geopolitical risk, but it’s often hard to appreciate what is occurring in faraway markets while in the United States,” said Rosenbluth at the start of the talk, entitled “Geopolitical risk – What the Russia-Ukraine Crisis Means for Your Portfolio.”

Rosenbluth also noted that emerging markets ETFs have historically had high exposure to China, Taiwan, India, and Russia, where what is happening locally has a major impact on the often-global companies inside. Plus, many ETFs are market cap-weighted and hold more of the largest companies regardless of location based on what role the government has on their operations.

“The reason why we had no Russia or China exposure is because we are freedom-weighted,” Tolle said. “What that means is, instead of market capitalization-weighting, which in emerging markets will give you like 40% in autocracies like China, Russia, [and] Saudi Arabia, freedom weighting [offers] higher allocations to Taiwan, South Korea, Chile, Poland, and some of the freer emerging markets.”

Tolle added that while Russia made up 3% in most major emerging markets indexes before being delisted, China makes up about 30%, and that China is the much bigger autocracy risk in EM investors’ portfolios going forward.

And according to Tolle, markets with strong institutions, rule of law, and investor protections, which are akin to a quality factor on the country level, are the new safe havens in EM.

Regarding how the effects of the war will spill over into the rest of emerging markets and the U.S., Ro said that it’s “uncertain” what “the near-term effect is going to be of something that hasn’t come to any kind of conclusion yet.” However, Ro added that “at least from the U.S. perspective, that direct exposure to Russia and the Ukrainian economy … is relatively small.”

Ro went on to say that “this is occurring during a time when the U.S. economy is very strong… So, in terms of the economy’s ability to absorb risk and uncertainty right now, it seems to be that the spillover is probably going to be… limited.”

While Ro acknowledges that there’s currently “lots of uncertainty,” he does foresee that in the long term, “emerging markets, even including Russia, is probably going to be a growth opportunity for investors.”

Tolle pointed out that being able to direct assets and choose where they’re allocated “is a position of power, and we have the power to use that for good or for evil.”

“We’re starting to realize that in emerging markets, where the universe is rife with autocracies and autocracy risk, there is no neutral,” Tolle explained. “We are either using our allocation powers for good or for evil. We have the power to change outcomes in the way we direct assets.”

Listen to the Entire Conversation With Todd Rosenbluth:

Check out the replay here: https://t.co/JVmyJuqEL9