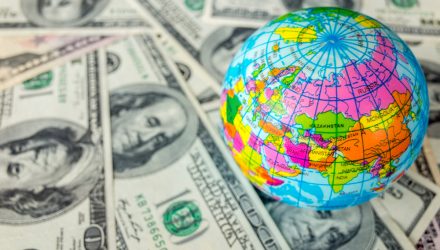 Since invading Ukraine, Russia has been ostensibly cut off from the global economy. In addition to multiple U.S. index providers pulling Russian stocks from their indexes at a price of “zero” or “effectively zero,” the Moscow Stock Exchange has suspended trading since the day after the invasion, February 25.

“Will investors ever embrace Russia again? If there is no liquidity, it’s a moot point,” Sen Sharma told CNN Business. “But it’s also hard to believe that people will rush into Russia anytime soon.”

This could lead investors to look toward other emerging markets as possible replacements for Russia. Sen Sharma noted that, in addition to Taiwan and South Korea gaining more attention from emerging markets investors, Poland, Turkey, and Mexico are also options, as are the Philippines and Indonesia.

The challenge with European emerging markets, however, is that any country close to Russia and Ukraine may be considered exceedingly risky for Western investors.

“Our exposure to Russia is minimal and in the event of further sanctions, we will promptly comply,” wrote Carter. “We continue to monitor the situation very closely and will communicate any developments.”

FMQQ devotes 53% of its roster to South Korea, Brazil, and India.