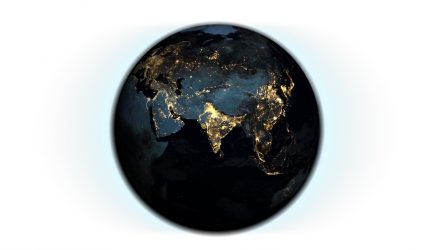 India to Have 1 Billion Smartphone Users by 2026

India’s smartphone usage is blowing up. According to a study by Deloitte, the country is poised to have 1 billion smartphone users by 2026 and will be the second-largest smartphone manufacturer in the next five years.

This growth is likely to be driven by the country’s rural areas at a compound annual growth rate of 6%, compared with the urban sector growing at a CAGR of 2.5% from 2021 to 2026.

The primary drive for this growing demand is likely to come after the launch of 5G, which alone should contribute 80% of the devices (or about 310 million units) by 2026. Deloitte’s report predicts that 5G should become the fastest-adopted mobile technology due its diverse applications, such as high-speed gaming and remote healthcare. After the launch of 5G, additional shipments of smartphones are expected to be reach a cumulative 135 million by 2026.

“Higher internet adoption is expected to fuel demand for smartphones; this increased demand will be propelled by the need to adopt fintech, e-health, and e-learning,” the report stated.

India recorded 1.2 billion mobile subscribers in 2021, of which about 750 million were smartphone users.

The replacement rate for phones is also expected to rise in the country. When users replace their phones, Deloitte expects that, by 2026, virtually all replacements in the urban market (95%) will be toward new smartphones, while only 5% will be toward used phones, compared with 75% and 25%, respectively, in 2021. The rural population is expected to demonstrate a similar trend, with about 80% of replacements likely to be for new devices, while 20% for used ones in 2026.

Investors interested in the world’s fifth-biggest economy may want to consider EMQQ Global’s India Internet and Ecommerce ETF (NYSE Arca: INQQ). Launched to capitalize on India’s rapidly growing digital and e-commerce sectors, INQQ seeks to provide investment results that, before fees and expenses, generally correspond to the price and yield performance of the India Internet and Ecommerce Index.

In a news release announcing INQQ’s launch, EMQQ Global founder and CIO Kevin T. Carter said: “India is an extraordinary investment opportunity and a central part of the eCommerce and digitalization growth story in emerging and frontier markets beyond China,” before adding: “India is the third-largest economy and fastest-growing major economy on the globe, and we’re excited to offer investors the first targeted approach to tap into this rapid eCommerce and digitalization story of India.”