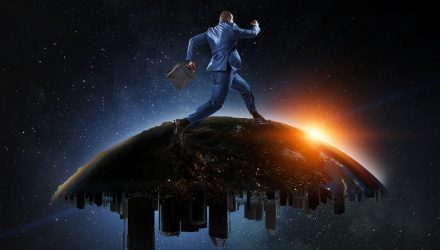 Ignore the Naysayers, Emerging Markets Are in Strong Financial Shape

Whenever bad news breaks on the global economy, experts note that emerging markets are in the worst shape. But upon closer inspection, that doesn’t appear to be the case.

Critics often cite countries like Zambia and Sri Lanka when discussing the supposed death of emerging markets. But Rockefeller International chairman Ruchir Sharma wrote in the Financial Times: “by most measures — from current account deficits to currency valuations — the 25 largest developing nations, from India to Brazil, are in strong financial shape.”

Combined, these markets account for 70% of the population and almost 90% of gross domestic product in the developing world. They’re less vulnerable to capital flight now than they were during the “taper tantrum” of 2013, which Sharma noted was “the last time global investors fled en masse in response to tightening monetary policy.”

When compared to 2013, the current accounts of these large developing nations have shifted into surplus from deficit, with only one in 10 having a troublesome deficit (i.e., above 3% of GDP), down from three in 10. Foreign exchange reserves, meanwhile, have grown to nearly 26% of GDP from 19%.

Also when comparing the current environment to 2013, on average, currencies are 40% cheaper against the dollar than they were during the aforementioned taper tantrum. Plus, in dollar terms, all the world’s 10 top-performing stock markets of 2022 are in emerging economies.

Another tailwind for emerging markets is that they’re currently ahead of the policy curve. While developing nations usually follow the Federal Reserve’s lead when it comes to monetary policy, many central banks began tightening in early 2021, a year before the Fed took action. So now, they have less work to do in their battles against inflation.

“In an economic environment that many analysts now compare to the stagflationary 1970s, some of that money will be looking for new homes,” wrote Sharma. “Against that backdrop, it is worth noting that, at least relative to the rest of the world, the 1970s was a strong decade for growth in the emerging world.”