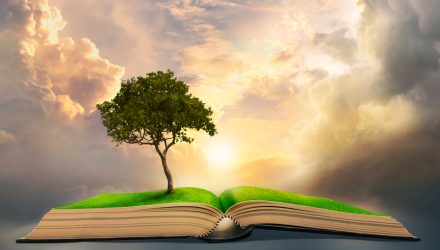 How to Spot the Next Emerging Markets Growth Stories

For years, emerging markets indexes and exchange traded funds relied on China as a primary driver of returns. That’s particularly true of those offerings focusing on growth and consumer internet stocks.

Today, the result is a slew of benchmarks and funds with excessive weights to Chinese stocks, but that doesn’t mean those products are adequately positioned for the next decade’s worth of emerging markets growth, which many experts believe will largely occur outside of China.

Fortunately, there are some ETFs that address that conundrum, including the Next Frontier Internet & Ecommerce ETF (FMQQ). FMQQ is relevant in this particular conversation for a simple reason: It doesn’t hold Chinese equities.

“Should the United States turn from boom to bust—or simply drift sideways for a period of time—the winners may well be emerging economies outside of China. Though the pandemic and the war in Ukraine are deepening a sense of gloom about the prospects for developing nations, many of these countries are likely to thrive in the coming years,” reports Ruchir Sharma for Foreign Affairs.

FMQQ’s robust exposure to Latin America and smaller weights to some countries in the Middle East could be beneficial in the long term in the wake of Russia’s war against Ukraine. The fund has other potential growth levers to pull.

“The excesses created by boom times in the United States are matched by pockets of strength in the emerging world, in regions ranging from eastern Europe to Southeast Asia and in industries such as manufacturing, natural resources, and digital technology,” adds Foreign Affairs.

The publication points to economies such as South Korea and Taiwan as winners in rising manufacturing scenarios. Increasing digitalization is also in store for those countries, and that’s relevant to FMQQ investors because while the fund has no direct exposure to Taiwan, South Korea is its largest country exposure at 31.3%. That’s a plus because South Korean equities are among the least volatile in the emerging markets space.

Additionally, Brazil and India are widely regarded as two of the upcoming stars of emerging markets e-commerce and online retail and future growth could be easier to harvest in those countries owing to lower rates of internet penetration relative to China. Brazil (Latin America’s largest economy) and India combine for almost 37% of FMQQ’s, indicating that the ETF could be the appropriate way for investors to tap into the next emerging markets boom.