You are at:Home»Emerging Markets Channel»EMQQ Index Gets New Look With 19 Additions 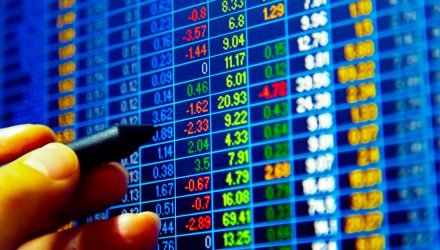 The EMQQ Index, the underlying benchmark for the Emerging Markets Internet Ecommerce ETF (EMQQ), rebalanced in mid-December, and its new look could be attractive to investors.

Nineteen stocks were added to the index while seven were removed, bringing the current component count to 131. Deleted names are eliminated for running afoul of the index’s rules on daily turnover, liquidity, or market capitalization.

Many passive exchange traded funds are rebalanced multiple times per year, and in many cases, the moves aren’t particularly eye-catching. However, EMQQ’s new look is worth acknowledging because many of the companies added to the index aren’t Chinese firms.

“Most of the Q4 new additions came from outside China, with over 80% of the new entrants coming from markets such as Brazil, India, South Korea, and  Southeast Asia,” according to the issuer. “For the first time in the history of the EMQQ index, the number of non-China companies now exceeds that of our Chinese holdings, although the latter still accounts for most of the exposure on a weighting basis.”

As investors well know, 2021 brought a bloodletting of Chinese consumer internet and technology names as Beijing unleashed a wide-ranging regulatory crackdown. While those efforts may have put some previously high-flying Chinese growth stocks on sale, skittish investors may embrace the fact that the recent EMQQ additions aren’t China-heavy.

“This rebalance saw our allocation to companies outside of China continue to scale. In fact, the number of non-Chinese companies in the Index exceeded that of our Chinese holdings for the first time in the history of the Index,” said EMQQ CEO Kevin Carter.

Among the marquee additions to EMQQ are Brazilian fintech firm Nu Holdings, Grab Holdings, and South Korean video and mobile game developer Krafton. Singapore-based Grab initially started as an Uber equivalent, and like its American counterpart, it’s expanding to food delivery and related endeavors, including a fintech business. Speaking of fintech, that’s the source of four of the top five additions to EMQQ.

In addition Grab and Nubank, “Kakaobank and Kakaopay, the leading digital banks and digital payments providers in South Korea, respectively” joined the index.

Fintech or otherwise, EMQQ’s refreshed roster confirms the notion that there’s a broad world of emerging markets e-commerce and online retail names to consider. EMQQ is responding to those opportunities and not relying on China as the sole stream of new additions to the portfolio.