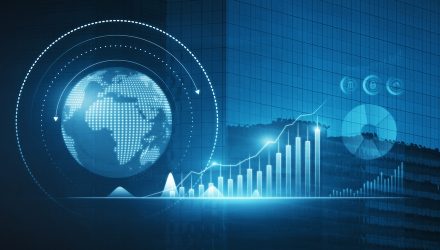 Emerging Markets Stocks Are “Outstandingly Cheap” and Expected to Rally

While emerging markets have been through a very tough time — down 40% peak-to-trough — the upshot is that EM stocks are “outstandingly cheap,” according to Morgan Stanley’s chief Asia and emerging market equity strategist, Jonathan Garner.

Speaking with CNBC’s “Squawk Box Asia,” Garner noted that “we’re at very distressed valuations, very oversold” in the emerging markets equities space before adding that “there are some signs already of healing in the leading edge of EM, i.e. in Korea and Taiwan.”

The Morgan Stanley executive added that EM equities can “begin to go up even while the S&P itself is flat or falling.”

Last week, Garner wrote in a note that EM stocks are close to bottoming out and shifted recommendations on EM stocks to overweight from equal weight. “A lot of wood has been chopped” and “it’s time to plant saplings for next cycle,” Garner wrote before adding that investors should “rotate towards proven early-cycle beneficiaries.”

Per Bloomberg, Morgan Stanley noted that South Korea and Taiwan are “highest conviction opportunities into a new cycle,” since those markets have significantly underperformed this year and the semiconductor inventory cycle is soon approaching a turning point.

Amid a strengthening dollar and strict COVID restrictions in China, EM stocks have had the longest losing streak from their recent peak in February 2021. The MSCI EM benchmark has so far dropped 26% this year. Morgan Stanley forecasts the benchmark to rally about 12% from now until June.