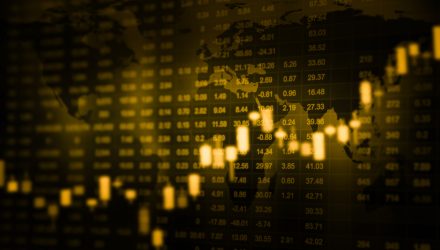 Emerging markets stocks and the related exchange traded funds disappointed investors last year, but if China refrains from industry-specific regulatory initiatives and the economy there grows, investors seeking exposure to developing economies could be pleasantly surprised this year.

As things stand today, the bloodletting caused by the Chinese Communist Party (CCP) last year in the internet space forced valuations down, potentially providing some room for upside in 2022 for exchange traded funds such as the Emerging Markets Internet Ecommerce ETF (EMQQ).

“Last year, the MSCI Emerging Market Index was down 2.54 percent, while the MSCI World Index ended with a 21.82 percent annual return. But according to Vinayak Potti, portfolio manager at Insight Investment, some of the major emerging markets have been reacting ‘more proactively’ to inflation pressure, which may help narrow the gap between the returns of EM portfolios and developed markets in 2022,” reports Hannah Zhang for Institutional Investor.

The valuation argument is often made in favor of ex-U.S. equities, both developed and emerging. However, it doesn’t always pay off in the form of superior returns. That said, it could be meaningful to EMQQ holdings because the fund is home to a slew of growth stocks that usually trade premiums to the MSCI Emerging Markets Index.

While EMQQ components often trade at discounts relative to comparable U.S.-based companies, they usually aren’t as attractively valued, broadly speaking, as they are today.

“According to an EM outlook piece by Lazard Asset Management, the valuation discount in emerging markets has been partly driven by the Chinese government’s crackdown last year on companies with expensive valuations, especially those in the gaming, e-commerce, and education technology sectors,” according to Institutional Investor.

It’s understandable that investors are skittish about investing in China, but EMQQ isn’t a dedicated China ETF. While the world’s second-largest economy looms large in EMQQ, some of that risk is offset by exposure to countries with thriving internet economies of their own, including South Korea, India, and Brazil, among others.

Additionally, there are reasons to believe that EMQQ’s Chinese holdings will get past last year’s regulatory crackdown and perhaps rebound.

“Chinese companies are no stranger to the idea of government-mandated changes in their scope of operations and have a history of adapting to changes like the ones we have seen over the past year,” notes Lazard.