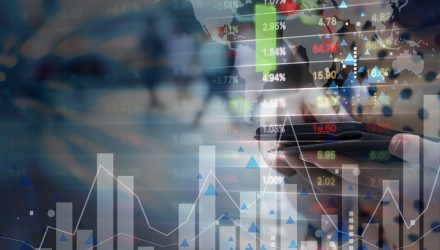 The momentum in Chinese stock markets has lifted the broader EM benchmark as the Asian emerging market regained lost ground from the record retreat last year.

For example, the iShares China Large-Cap ETF (NYSEArca: FXI) is up 4.4% so far this year.

Strengthening emerging market currencies have also supported broad gains in the development markets after converting to U.S. dollar-denominated terms. Currencies including the Brazilian real, the Colombian peso, the Czech crown, and the Hungarian forint have all appreciated as their central banks hiked interest rates.

“The new year is always an interesting time,” Kiran Nandra, head of emerging equities management at Pictet Asset Management, told Reuters. “We often look at where do we have maximum fear, because that can provide the best opportunities.”

However, there are uneven performances among the broad emerging market category. For example, borrowing costs and a risk premium have been placed on Russian and Ukrainian assets in response to the growing geopolitical tensions and threat of an all-out invasion.

The Russian Federation, though, only makes up 3.3% of the iShares MSCI Emerging Markets ETF’s underlying holdings.

Both Ukraine and Russia’s currencies are among the three worst performers in the world this year, and no Russian company has been able tap into the international bond markets so far this year.

“If Russia does start a war that would cause a big risk-off event. But we see that as low probability,” Aegon Asset Management’s head of emerging markets debt, Jeff Grills, told Reuters.