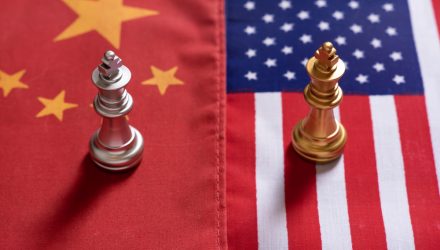 China has amended its audit secrecy rules to prevent roughly 270 Chinese companies from being delisted from U.S. exchanges. On Saturday, the China Securities Regulatory Commission announced that it would change confidentiality laws that bar companies listed overseas from disclosing sensitive financial information to foreign regulators, the Financial Times is reporting. The CSRC has described the current rules that were drafted in 2009 as outdated.

“This is a significant step reflecting that Chinese regulators are willing to make the necessary concessions to get in line with SEC demands,” said Akeem Bailey, director of research at EMQQ Global. “While fears around ADR delistings have been elevated over the last year, the reality has always been that is a fixable issue.”

Beijing has barred foreign regulators from accessing the documents of Chinese companies. However, the U.S. Holding Foreign Companies Accountable Act demands that the U.S. Public Company Accounting Oversight Board have access to the audits of Chinese and Hong Kong firms. The standoff came to a head last month when the SEC gave five Chinese companies an ultimatum: Comply with audit requests within three years, or be delisted from New York exchanges.

The recent draft rules remove a requirement that inspection of the financial statements of overseas-listed Chinese companies must be conducted by mainly Chinese regulators. The CSRC is opening the latest draft rules for public comment until April 17.

“These recent developments could go a long way to resolving most of the concerns around delisting. The Chinese companies trading in the U.S. certainly think so,” Bailey said. “Over the last few weeks, many of them have boosted their buyback programs to historic highs, most of them in the billions of the dollars.”

Bailey noted that seeing bellwether companies like Alibaba and Tencent aggressively buy back their own shares is “exactly what you’d want to see from the outside looking in.”

“That’s a clear signal that management teams are confident in their long-term prospects despite the short-term headwinds,” Bailey added.

Though not a dedicated China ETF, over half of the Emerging Markets Internet Ecommerce ETF (EMQQ) is allocated to Chinese equities, including those hit hard from the regulatory crackdown.

The CSRC said its chairman Yi Huiman and SEC chairman Gary Gensler have held three meetings since August over “audit oversight co-operation” and that there had been “positive progress.” However, Gensler said last week that only total compliance with U.S. audit inspections would allow Chinese companies to keep trading on New York markets.