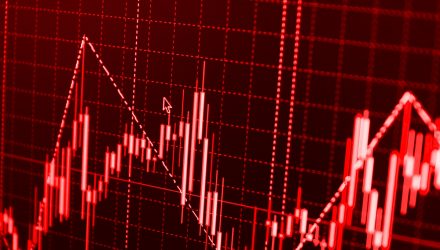 With cryptocurrency ascending as an asset class and captivating the attention of more investors and regulators, some central banks want in on the act and are proposing central bank digital currencies (CBDCs).

A CBDC is easily explained: It’s digital money backed by a central bank, making these currencies not comparable to assets like bitcoin or ether, which are decentralized. While the evolution of CBDCs is still in its early innings, there is a use case for this form of money, particularly in developing economies where many ordinary citizens lack access to traditional banking services.

As CBDCs evolve and adoption rises, there could be positive implications for select emerging markets exchange traded funds, including the Next Frontier Internet & Ecommerce ETF (FMQQ).

“Benefits of CBDCs could include letting people without bank accounts use digital payments or by giving central banks a lower-cost alternative to cash for providing a national payment method,” according to research from FMQQ’s issuer.

FMQQ can include exposure to companies hailing from both emerging and frontier markets, some of which lack the banking infrastructure that folks in other nations are accustomed to. CBDCs could serve to broaden the field of payment options, potentially boosting efficiencies for e-commerce companies, including some FMQQ components, that contend with cross-border payment issues.

“While CBDC projects and pilots have been underway since 2014, efforts have recently shifted into a higher gear,” notes FMQQ. “Benefits of CBDCs could include letting people without bank accounts use digital payments and giving central banks a lower-cost alternative to cash for providing a national payment method, according to the International Monetary Fund.”

CBDCs are also relevant to FMQQ because the ETF recently increased its fintech exposure. Fintech companies are steeped in crypto experience and play important roles in providing merchant payment platforms in developing economies. Additionally, the next several years could prove exciting in terms of CBDC development and debuts.

“For the remaining central banks, many will be rolling out tests in 2022 with a final product delivered in 2024, throughout the year. It will be exciting to see a digital Brazilian Real, Russian Ruble, Indian Repee, a digital Dollar, digital Peso and a digital Euro. The really interesting part will be how they use their new digital currency to bring the unbanked into the digital age,” adds FMQQ.

Brazil, India, and Russia combine for nearly a third of FMQQ’s geographic exposure.