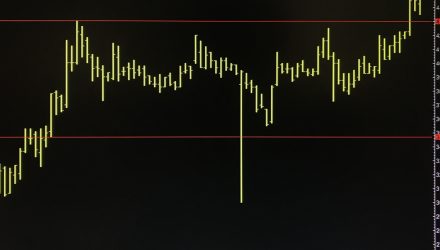 There’s still a case for emerging markets stocks, and the long-term outlook for fintech and consumer internet companies in developing countries remains bright.

However, some investors, though compelled by the aforementioned themes, might want to avoid Chinese equities. They can’t be blamed for that sentiment. While China is the world’s second-largest economy and biggest internet market — one home to a variety of familiar e-commerce names — those names were punished last year as Beijing unleashed a wide-ranging regulatory crackdown.

While many of the affected companies are essentially “playing ball” with the Chinese Communist Party (CCP) today, chastened investors may be looking for other opportunities. The Next Frontier Internet & Ecommerce ETF (FMQQ) is an idea to consider.

FMQQ, which debuted last September and tracks the FMQQ Index, features exposure to 18 countries, and China isn’t part of that group, making the fund a departure from an array of other emerging markets exchange traded funds.

While traditional emerging markets ETFs and index funds and even those that focus on e-commerce are usually heavily allocated to Chinese stocks, there’s something to be said for avoiding that economy.

“Treating China separately may help create more efficient EM equity portfolios. China’s weight in the MSCI EM Index has doubled over the past five years and could exceed 40% five years from now,” according to Goldman Sachs research. “An EM ex- China equity strategy offers sector and macroeconomic diversification; for example, EM ex-China names tilt toward semiconductors and tech hardware while China leans toward the consumer retail and internet sectors. This can affect performance; the MSCI EM ex-China Index outperformed the MSCI China Index by 32 percentage points in 2021.”

Even excluding China, FMQQ presents credible growth opportunities to investors. For example, Brazil is Latin America’s largest economy and India’s is Asia’s third-largest economy. Those two countries each have vibrant, growing e-commerce and fintech industries, and they combine for 26% of FMQQ’s geographic exposure.

Emerging markets are “home to some of the world’s best performing companies, though many may not be captured in standard benchmarks, which overweight state-owned enterprises and volatile export-driven industries,” adds Goldman.

By allocating 27% of its weight to South Korea — a tech-rich, high-quality market — FMQQ can also offer volatility-reducing capabilities because South Korea is one of the least volatile emerging economies.