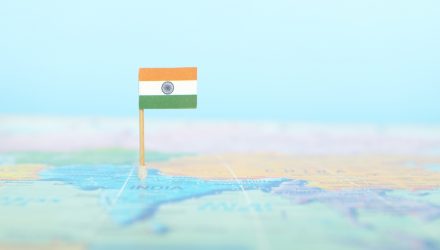 Amid a Possible Recession, India May Be a Good Bet

One fund manager believes that India’s domestic market makes the country well-positioned to withstand a global recession. Sudarshan Murthy, a portfolio manager at fund manager GQG Partners LLC, told Bloomberg that while overseas investors have pulled $30 billion from India’s stock market so far this year, his firm is bullish on the country, investing more than $7 billion in it.

While other emerging markets suffered their worst first-half performances in 24 years, India fared significantly better. The MSCI India Index is down about 5% so far this year, but that’s far better than the 20% loss in the MSCI Emerging Markets Index.

One reason for India’s potential resiliency is that the country is less dependent on exports. It also offers positive demographics while also carrying low regulatory risk.

Since 2015, India has been working to accelerate the country’s economic growth through the government’s “Digital India” campaign by pushing government and banking services online and by investing in technology. By 2030, the country’s working population is expected to cross 1 billion, making it the largest in the world. This would also lead India to have nearly 800 million digital content users by 2025.

“India is a significant part of our strategies,” said Kevin T. Carter, founder and CIO of EMQQ Global. “That is expected to grow in our upcoming rebalance and for the foreseeable future.”

Carter added that India is also “one of the most exciting pockets in the global equity landscape when you consider the size of the market, the growth in the economy, and the very low penetrations rates. Its tech ecosystem today is where China was 10 years ago, and where the U.S. was two decades before.”

India is the second-largest exposure in EMQQ Global’s Next Frontier Internet & Ecommerce ETF (FMQQ) and the entire focus of the India Internet and Ecommerce ETF (NYSE Arca: INQQ).