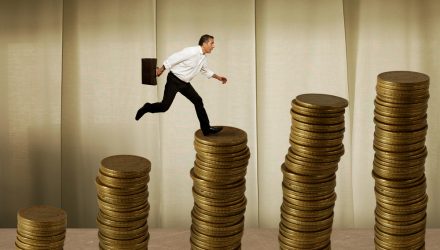 Alibaba Group Holding Ltd.’s stock rallied after the Chinese e-commerce giant announced that it would increase the size of its share buyback program to $25 billion from $15 billion. According to Reuters, Alibaba shares, which have more than halved in the past year, closed up 11% on Tuesday. Its U.S.-listed stock rose 9% in premarket trading.

The company had purchased 56.2 million American depositary shares under the previously announced share repurchase program, for a total consideration of about $9.2 billion.

Alibaba is currently the largest holding in the Emerging Markets Internet & Ecommerce ETF (NYSEArca: EMQQ) with a weighting of 9.82% as of March 23.

“The buyback is a clear signal that management remains confident on its long-term prospects despite the litany of challenges it’s faced in the short term,” said EMQQ’s director of research Akeem Bailey. “Furthermore, it sends a strong message that its stock is fundamentally undervalued.”

Bailey added that the buyback “highlights the strong cash flow generation that underpins the core business. These buybacks are supported by a fortress balance sheet built over years of consistent earnings growth.”

Alibaba’s share repurchase program will be effective for a two-year period through March 2024. This is the second time that Alibaba has expanded its buyback program in a year, having upped the program to $15 billion from $10 billion last August.

“Not many companies globally can amass such large buyback programs. It’s a testimony to the quality of the business,” said Bailey. “That quality will allow it is ride out the bumpy waters in the short term and ultimately come out stronger.”

EMQQ seeks to offer investors exposure to the growth in internet and e-commerce activities in the developing world as middle classes expand and affordable smartphones provide unprecedentedly large swaths of the population with access to the internet for the first time, according to the issuer.