You are at:Home»Fixed-Income»Emerging Markets Bond ETF Can Deliver Again in 2018 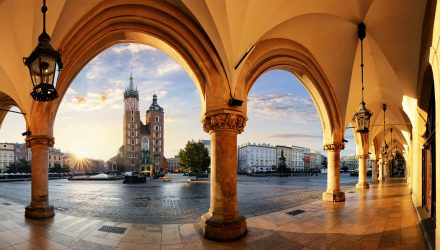 One of the hottest corners of the bond market in 2017 has been emerging markets debt and within that space, local currency bonds have been stout performers.

The recent weakness in the U.S. dollar and stronger EM currencies have helped bolster demand for emerging market assets, including EM local-currency debt this year.

“Emerging markets local currency sovereign bonds will likely be one of the best performing fixed income asset classes in 2017 based on year-to-date performance,” said VanEck. “Similar to 2016, returns have been driven primarily by local interest rates rather than foreign currency, and we expect the same dynamic to play out in 2018. Generally stable or improving fundamentals in emerging markets and global growth will, in our view, likely provide support against higher interest rates in developed markets.”