You are at:Home»Equity ETFs»Emerging Market ETFs That Avoid Exposure to a Volatile China 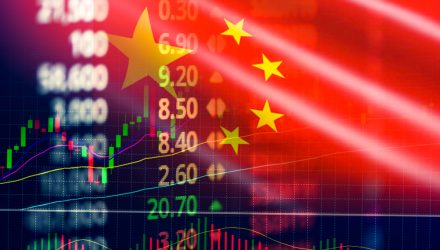 Emerging Market ETFs That Avoid Exposure to a Volatile China

Are you interested in the growth potential of the emerging markets but are wary of the volatility associated with the large exposure to China? There are exchange traded funds for that.

A series of heightened regulatory scrutiny has weighed on Chinese equities markets, notably among prominent internet and technology names.

In the latest round of volatility on Thursday, shares of Chinese videogame giants like Tencent Holdings and NetEase retreated after Beijing summoned the companies and ordered them to follow new rules for the online gaming industry, the Wall Street Journal reports.

Beijing has implemented new rules that imposed tighter restrictions on the number of hours a minor can play video games. According to the state-owned news agency, Xinhua further restrictions were made to raise content control and censorship and diminish unfair competition.

“The regulatory environment is tight for the entire industry and will likely stay this way in the future,” Connie Gu, an analyst at Bocom International, told the WSJ, adding that this might prevent companies from mirroring earlier periods of explosive growth.

The South China Morning Post earlier reported that regulators even went so far as to temporarily halt all new online-game approvals, but it later corrected its article to state that regulators were slowing approvals.

On August 31, China introduced new rules that barred individuals under 18 from playing online games for more than one hour only on Friday, Saturday, and Sunday, along with holidays, as part of the country’s bid to combat addiction to video games.

“We appreciate the guidance and instruction from the relevant regulators and will work hard to be in full compliance with all rules relating to youth game addiction and content regulation,” Tencent said in a statement.