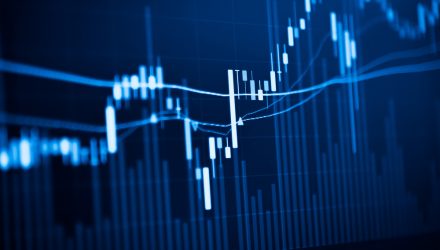 Emerging Market Bond ETFs Are on the Mend

Morgan Stanley strategists led by Simon Waever advised in a note that should consider emerging market debt, making a bullish stance on the asset category for the first time since November 2020, Bloomberg reports.

The Morgan Stanley strategists argued that the recently announced lower-than-expected U.S. inflation reading could bolster the case for developing-country bonds. The lower inflation level has already fueled a risk-on rally as traders cut bets that the Federal Reserve will maintain its aggressive stance on monetary policy tightening.

Waever and the other Morgan Stanley analysts argued that the spread on emerging market bonds may contract as much as 50 basis points over the next few months, led by B-rated debt.

“The total returns of the index have already shown signs of rebounding, bringing with them new inflows,” according to Morgan Stanley analysts. “With little scope for a significant pickup in primary issuance in August, secondary market spreads will have to be the key destination of these flows.”

Other banks, though, have issued a word of caution on emerging market debt. For instance, JPMorgan strategists led by Trang Nguyen in a recent note warned that the recent rebound in the asset class won’t last, advising clients to ditch less liquid holdings at any opportunistic price and purchase cheap hedges against any potential pullback. Goldman Sachs Group Inc. cautioned against emerging-market local bonds as well.