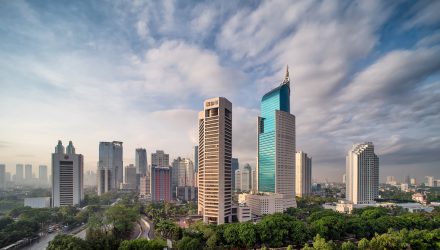 EM ETF Sell-Off Is Reminiscent of 2013 but Different

Emerging market ETFs have slipped and are testing their long-term trend lines, but the current weakness may be short lived.

Considering the current rising U.S. rate environment, AllianceBernstein LP to UBS Wealth Management argue that while the short-term pain developing-market assets are experiencing isn’t entirely over, the selloff won’t be anywhere near the magnitude seen during the height of the taper tantrum in May 2013, Bloomberg reports.

In 2013, EM currencies and bonds weakened for about six weeks while the dollar and U.S. rates jumped in response to the Federal Reserve’s unexpected reduction to the debt purchasing program. Once again, a stronger dollar and higher U.S. bond yields are dragging on emerging market assets.

However, AllianceBernstein contends that emerging market governments now have stronger buffers to support their assets in case of further foreign investor selling.

“By far and away the biggest issue is that current-account balances are in much better shape than they were in 2013,” Christian Diclementi, an AllianceBernstein money manager, told Bloomberg. “Generally, emerging markets are much better positioned today to withstand external shocks. We view it as an opportunity to add exposure to countries that are being overly penalized by a movement in the dollar and U.S. rates.”