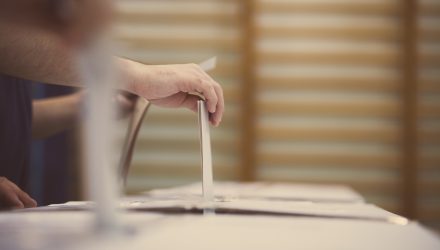 In the ongoing search for yields in a low-yield environment, many have turned to emerging market bonds and related ETFs. However, investors may be in for rocky ride as political risk will be a major factor come next year.

Countries that make up over 50% of the Bloomberg Barclays developing-nation local bond index are set for a round of elections in the next 12 months, Bloomberg reports.

Votes in countries like Russia are more predictable, but a tight race between heavyweight contenders like Brazil and Mexico could trigger rounds of greater political risk-induced volatility in the emerging markets, or shake up emerging market bond exposure that some fixed-income investors have taken this year in search of yield.

“Investors are definitely beginning to think about this stuff, but I suspect they aren’t prepared,” Kieran Curtis, a money manager at Aberdeen Standard Investments, told Bloomberg. “Brazil’s election isn’t until the end of the year, but it’s still somewhere that asset managers are holding quite a lot of risk.”