You are at:Home»Featured»Elon Musk Holds Up Twitter Deal, Drags on Social Media ETFs 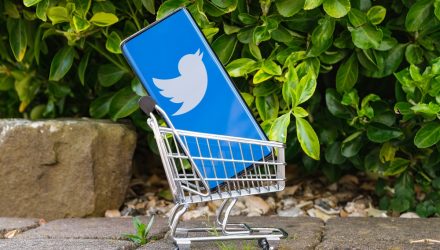 Elon Musk stated that the Twitter deal was on hold, fueling concerns over the takeover, but he later reassured that he remains committed to the buyout, the Wall Street Journal reports.

Musk stated that he put the deal on hold to gain a clearer picture of how Twitter’s platform is operating.

About two hours later, he tweeted: “Still committed to acquisition.”

Some speculated that Musk’s latest tweets of a potential hold could be part of a negotiating tactic or repricing the deal.

“The $44 billion price tag is huge, and it may be a strategy to row back on the amount he is prepared to pay to acquire the platform,” Susannah Streeter, an investment analyst at Hargreaves Lansdown, told the WSJ, adding that there will be skepticism whether the fake accounts are the real reason for the delaying tactic

If the deal falls through, Musk will still be on the hook for $1 billion in breakup fees to Twitter, depending on the reason for the fallout. The size of the breakup fees, or just over 2% of the deal value, is around the industry average for similar acquisition deals. The so-called termination fees are a type of penalty meant to deter parties from breaking an agreement and help cover the expense and inconvenience of a failed deal.

Since Musk waived demands for detailed due diligence on Twitter’s business to expedite the acquisition, it could be more difficult for him to back out over a small point like spam user accounts.