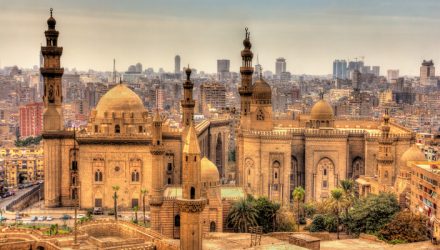 While the markets have been gripped by volatility and are slipping back toward correction territory, the Egypt country-specific ETF has outperformed.

The VanEck Vectors Egypt Index ETF (NYSEArca: EGPT) was the single best performing ETF of the past month, rising 14.4%. In contrast, the S&P 500 declined 3.9%.

Egyptian markets have strengthened and experienced one of their best months in March since 2016 due to a relief trade on the back of heightened political risk. Market observers anticipate broad reaching economic reforms as Abdel-Fattah El-Sisi was expected to clench the presidential election.

The Egyptian EGX 30 has risen over 40% since the beginning of 2017 amid bullish sentiment fueled by sweeping economic shifts spearheaded by the government under El-Sisi, including a $12 billion International Monetary Fund loan, Bloomberg reported.

El-Sisi narrowly missed a 100% vote in Egypt after securing a 97% win rate after final results were revealed.