You are at:Home»Webcasts»A Dynamic ETF Strategy That Adapts to Changing Risks Ahead 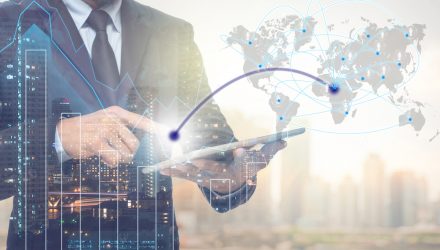 A Dynamic ETF Strategy That Adapts to Changing Risks Ahead

ETF investors who are looking for a way to navigate market swings to enhance a portfolio’s overall performance should consider a dynamic and tactical investment strategy to ride the waves.

The U.S. and China have been prominent among recent headlines, triggering major moves in global markets. On the recent webcast (available On Demand for CE Credit), Managing Risk in Your Clients’ Portfolios, Jan van Eck, CEO of VanEck, highlighted the growing significance of China in today’s global economy, arguing that China regained its global importance over past 100 years and is now comparable to the U.S. in terms of economic activity. He pointed out that China is the biggest single contributor to global growth, with the Chinese economy making up 30% of global growth each year since 2014. However, due to the recent volatility and pullback, the reversal in sentiment and liquidity has affected Chinese market valuations as the major Chinese indices are trading below historical averages.

In the U.S., correlation between stocks and bonds in the U.S. have increased since the lows in 2012, but given the changing market environment with a Federal Reserve embarking on interest rate normalization, investors may find it difficult to avoid risk through traditional long-term bond plays. Consequently, defensive investors will need to look elsewhere for defensive positioning, van Eck said.

No longer in the robust growth and recovery stages of yesteryear

Stephen Blumenthal, Executive Chairman and Chief Investment Officer at CMG Capital Management Group, pointed out that since the mid-1850s, the average U.S. business cycle expansion lasted 40 months, and the U.S. is currently heading toward its 10th year in an extended bull market. Meanwhile, looking at the major valuation indicators, U.S. markets are trading near 100% above the mean historical valuations.

Blumenthal also called attention to the fact that the S&P 500’s 200-day moving average has been rising 69% of the time since 1929, and the index’s 200-day has been rising 80% since 1989. However, investors recently witnessed the S&P 500 slip below its long-term trend line and even potentially forming the infamous “Death Cross” where its short-term trend line crosses under its long-term trends.

All good times come to an end, and investors should be prepared for that end. The Dow Jones Industrial Average has historically helped investors make new wealth 25% of the time and recovered from a loss 41% of the time. However, the benchmark has been falling or in a bear market 34% of the time. While investors enjoy the growth during the bull and recovery periods, one should keep in mind that markets still spend a significant amount of time in a down market.

“Managing the risk of deep and extended periods of loss is critical for long-term success and peace of mind,” Blumenthal said. “Avoiding loss could help increase market participation by potentially reducing the amount needed to recoup.”