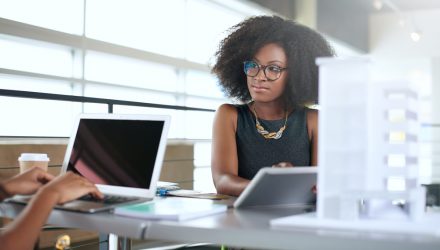 The employment gap has only grown larger between men and women during the pandemic, with Black women hit particularly hard. Target is working to close that gap by providing diversity programs, start-up incubators, and financial as well as mentorship support for minority-owned companies, reports CNBC.

At 5.5%, the unemployment rate for Black women is significantly higher than the overall unemployment rate of 3.6%, and 2.8% for white women. Black women are tackling starting their own businesses at higher rates than white men, reported Harvard Business Review in 2021; last year saw 17% of Black women reporting that they were starting or running a new business, but only 3% reported that they are the owners of mature businesses.

Target launched the Target Takeoff in 2016, which caters to established consumer packaged goods companies and seeks to accelerate their brand recognition and scale their products up to Target’s retail stores. In 2021, Target launched its Forward Founders initiative that targets early stage businesses and entrepreneurs and seeks to help “historically under-resourced founders be the next wave of wealth-building companies,” per the website.

“Target has a longstanding, successful track-record of Accelerator programs and we saw an opportunity to do more, and think differently about how we support underrepresented entrepreneurs,” Target told CNBC.

The Forward Founders program had quadruple the expected number of applicants in 2022 and in response has created a new virtual program and tripled the size of its annual cohort to include all applicants.

Investing in Diversity With EQUL

For investors who seek to capture the potential higher performance offered by more diverse companies, the IQ Engender Equality ETF (EQUL) offers a dual impact opportunity for investors. The fund seeks to invest in companies like Target with a gender balance within their workforce, board of directors, and senior management, and it evaluates the gender pay gap of companies, their sexual harassment policies, parental leave, and other metrics.

The fund is also an impact fund. It was created in alignment with Girls Who Code, a nonprofit organization that seeks to increase the representation of women in computer science by offering clubs and programs for any and all girls, half of which constitute historically underrepresented groups. IndexIQ donates a portion of its management fee to Girls Who Code.

EQUL seeks to track the Solactive Equileap US Select Gender Equality Index, which includes U.S. companies of any market cap and includes the 75 highest-scoring companies. Companies are assigned an Equileap score that is 40% based on gender balance in the workforce and leadership, 30% on equal compensation and work-life balance, 20% on its gender policies, and 10% on its transparency, accountability, and commitment.

Companies are also excluded from the index for a year if at any time in the previous two years they have engaged in unethical practices that involved discrimination of any sort against their employees.

The fund is equal-weighted, and Target is a top 10 holding at 1.5% weight.