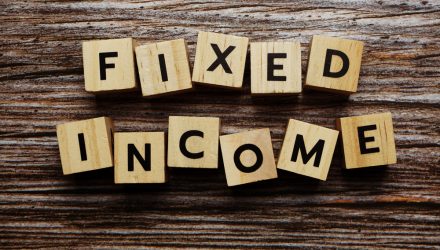 In what’s been a treacherous year in the bond market, it’d be reasonable to expect that investors are ditching fixed income funds.

To an extent, that’s true, but it’s a matter of which bond funds they’re departing. Investors are ditching some actively managed fixed income mutual funds, but despite interest rate headwinds caused by the Federal Reserve, market participants are flocking to fixed income exchange traded funds.

That could prove to be good news for ETFs such as the IQ MacKay ESG Core Plus Bond ETF (ESGB). ESGB is potentially at the right place at the right time not only because ETFs are gravitating to bond ETFs, but also because they want more environmental, social, and governance (ESG) benefits when embracing bond ETFs.

“This year is shaping up to be the biggest ‘wrapper swap’ on record. Roughly $454 billion has been pulled from bond mutual funds on net while $157 billion has entered bond exchange-traded funds through the end of October. That would be the largest net annual swing toward ETFs by a wide margin, according to Strategas,” reported The Wall Street Journal.

Though ESGB isn’t on either of those lists, investors are embracing the ESG/bond ETF. Since the start of the fourth quarter, market participants added nearly $66 million to ESGB, bringing its year-to-date inflows to $238.67 million. That’s a massive percentage of the $251.3 million in assets under management in the ETF, which came to market in June 2021. That’s happening in what’s undoubtedly a dismal year for bonds and equities.

“In the worst year for stocks since 2008, bonds have failed to provide a hedge. The S&P 500 is down 17%, and the Bloomberg U.S. aggregate bond index has fallen 11%. In fact, it is the worst year for bonds since at least 1975. Many wrapper swappers are plowing cash into Treasury ETFs from hard-hit mutual funds holding riskier bonds,” according to the Journal.