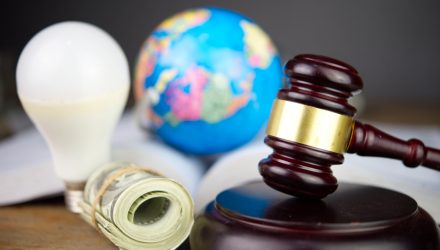 However, that doesn’t mean the fund is heavily allocated to the likes of Tesla (NASDAQ:TSLA). While the ETF possesses ample electric vehicle exposure, it’s more broad-based and has leverage to more than one clean energy concept. That’s a potential plus, as some analysts see opportunity in a variety of clean energy stocks.

Of that trio, Plug Power is a member of the CLNR portfolio. The fund also features exposure to several solar and utilities equities, though not Sunrun and AES.

“While we understand investor disappointment with news that Sen. Manchin is not inclined to currently support climate-related tax incentives in the budget reconciliation bill, we believe the market has missed the bigger picture,” Byrd opined in a report out last week. “Renewables economics are increasingly attractive relative to utility bills, especially given how much power prices have risen as a result of higher natural gas and coal prices.”

While investors need to be mindful that political wrangling is often the name of the game when it comes to clean energy spending, the White House is making clear that this is a top priority. President Biden affirmed as much last week in a speech in Massachusetts.

“Since Congress is not acting as it should… this is an emergency and I will look at it that way,” President Biden said. “As president, I’ll use my executive powers to combat the climate crisis in the absence of executive action. Our national security is at stake as well. Extreme weather is already damaging our military installations here in the States. And our economy is at risk. So we have to act.”

Adding to the long-term case for CLNR is the deflationary nature of renewable energy — a trait that novice investors often overlook.

“The deflationary nature of clean energy derives from the fact that renewable energy production happens at low marginal costs once the infrastructure is built. On the other hand, fossil fuels are seen as inflationary,” according to Barron’s.