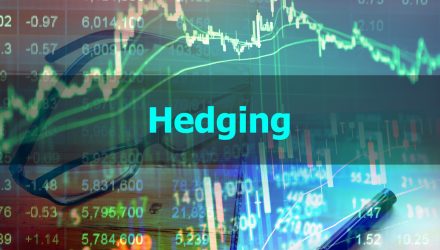 Currency Neutrality Better Than No Hedging

With the dollar ranking as one of the best-performing currencies in the world this year, investors are getting a refresher regarding the benefits of currency hedged exchange traded funds. Still, some experts assert that most long-term investors will be well served by unhedged ETFs over the long term. Of course, timing when the dollar will be strong or weak boils down to market timing, which is a difficult endeavor. Some exchange traded funds split the difference. Enter the IQ 50 Percent Hedged FTSE International ETF (HFXI).

HFXI tracks the FTSE Developed ex North America 50% hedged to USD Index. Translation: The ETF isn’t fully currency-hedged, but it’s not totally unhedged either. Currency hedging, regardless of how much a fund employs, involves the use of derivatives known as currency forwards.

“Currency forwards provide an advantage in certain environments. The future exchange rate in these contracts is tied to the interest-rate difference between the U.S. and foreign markets,” wrote Morningstar analyst Daniel Sotiroff. “Hedging adds to the total return of hedged ETFs when the U.S. interest rate is higher than those abroad. However, it subtracts from their returns when the U.S. interest rate falls below foreign rates. They also protect against changes to the outlook of interest rates in the U.S. and abroad. Recently, higher expected relative interest rates in the U.S. aided the dollar’s strong performance even before the Federal Reserve began raising rates.”

While that may sound like some complex mechanics, HFXI presents some simple truths to investors. First, the fund doesn’t require the commitment of a fully hedged ETF. Second, HFXI offers enough currency protection to outperform unhedged rivals when the dollar is strong. For example, the fund is beating the unhedged version of the MSCI EAFE Index by about 600 basis points year-to-date.

Plus, HFXI delivers these perks to investors at an annual fee of just 0.20%, or $20 on a $10,000 stake. That’s favorable within this category and can allay concerns of overpaying for fully hedged equivalent products.

“Meanwhile, unhedged ETFs tracking stocks from similar markets can be had for less than 0.10%. And there are transaction costs tied to the forward contracts that investors don’t see. Those costs are relatively small, often less than 0.20% in foreign developed markets,” concluded Morningstar’s Sotiroff.

Japan is HFXI’s largest country weight at 23.8%, while the U.K., France, and Switzerland combine for about 32%.