You are at:Home»Dual Impact Channel»Companies Continue to Miss the Bar on Executive Representation 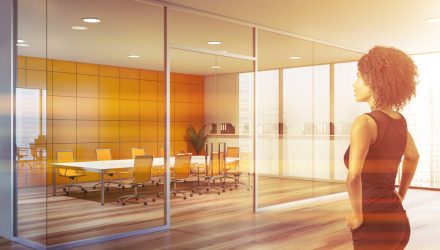 Companies Continue to Miss the Bar on Executive Representation

Women have been graduating from colleges and universities at an equal, if not greater, rate than men for the last 50 years, but only 6% of CEOs and 15% of CFOs in the U.S. are women, reports CNBC.

Headlines may tout the progress being made for gender equity and diversity at the C-suite level, but if inclusion continues at its current rate, it will take another 30–40 years to reach equality, believes Anat Ashkenazi, CFO of Eli Lilly, who was the only female within the biopharmacy industry as a chief financial officer when she stepped into the role in 2021.

Equileap calculates an even longer timeline; according to its data, reaching a gender proportion among executive leadership that directly reflects the population could take seven generations.

“CFOs are 15%, but CEOs are 6% in a country that is the strongest economy in the world with amazing universities and degrees. How is that possible?” said Diane Van Maasdijk, co-founder and CEO of Equileap. “We believe the right number is 40% to 60%. If you go beyond that then it is no longer balanced, but 51% of the population of the world is female.”

Equileap has conducted research that analyzes companies contained within the Russell 1000 between 2014 and now and has found that companies that have better gender equality outperform their peers with the lowest amount of gender equity.

How Companies Can Break the Mold

Companies need to rethink how they search for candidates, particularly for the CFO position, according to Josh Crist, co-managing partner of Crist|Kolder Associates, a U.S. search firm that analyzes both the Fortune 1000 and the S&P 500 for the C-suite composition. Crist believes that interview slates need to be tilted so that 75% of the candidates represent diversity, instead of the 25% pool that is common today.

“Boards are stuck in this ‘we check boxes during recruitment and if we don’t check boxes we are not successful in recruiting’ mindset,” said Crist.

According to Equileap, reaching a 50/50 gender division for recruitment and interviewing candidates at any level should allow a company to break out of the current mold that sees such underrepresentation for women.

Short of a change within the corporate sector, there is always legislation, which Equileap has found to be successful in working to change the tide on gender equity by pulling from data over the last five years globally. One example is France, which has enacted legislation that requires 40% of a company’s board of directors to be women; the corporate sector has complied, and because of the level of success, France is now considering requiring all C-suite positions to be at least 30% women.

“I hope it doesn’t take legislation and I have optimism about what has happened over the past few years,” said Carolyn Childers, co-founder and CEO of Chief, a professional network that works to elevate women who are at the top of their careers into C-suite positions. “We used to be in a world where the C-suite still needed to be told the business case for diversity. Now they know the business case, but the action hasn’t started.”

Investing in Gender Equity With EQUL

For investors who seek to capture the potential higher performance offered by more diverse companies, the IQ Engender Equality ETF (EQUL) offers a dual impact opportunity. The fund seeks to invest in companies with a gender balance within their workforce, board of directors, and senior management, and it evaluates the gender pay gaps of companies, their sexual harassment policies, parental leave policies, and other metrics.

The fund is also an impact fund. It was created in alignment with Girls Who Code, a nonprofit organization that seeks to increase the representation of women in computer science by offering clubs and programs for any and all girls, half of which constitute historically underrepresented groups. IndexIQ donates a portion of its management fee to Girls Who Code.

EQUL carries an expense ratio of 0.45% and is equal weighted.