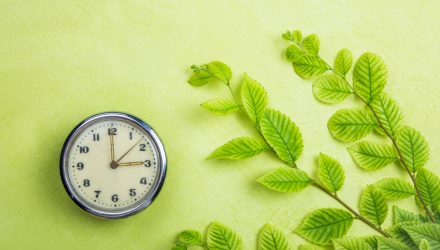 Investing in climate action requires foresight and a patient approach. Some exchange traded funds are ideally suited for investors willing to exercise those traits.

Enter the IQ Cleaner Transport ETF (CLNR). As its name implies, CLNR is an industry ETF, but it actually taps into multiple industries, all of which are relevant in the climate action investing conversation. That’s important to investors for multiple reasons, not the least of which is the point that companies and governments are primed to spend trillions of dollars on climate-related initiatives over the coming decades.

“A report by Deloitte indicates that inaction on climate change could cost the world’s economy $178 trillion in net present value terms by 2070. Yet, the same report also revealed that the world’s economy could gain $43 trillion in net present value terms over the next 50 years if it accelerates toward a path of low-emissions growth,” according to New York Life Investments, CLNR’s issuer.

When it comes to climate action, transportation is one of the most efficient avenues for companies and governments to address because run-of-the-mill transportation accounts for a significant portion of fossil fuels consumption.

“Climate change poses real risks, and it also creates new opportunities for companies that are determined to be a part of the solution. According to McKinsey research, $9.2 trillion of investments would be required within the global economy each year to transition to a net zero world by 2050. Annually, $6.5 trillion would need to be invested in low-emissions assets and enabling infrastructure,” added New York Life.

CLNR’s DNA is also something for investors to consider, particularly those looking for a long-term climate investment.

CLNR “seeks to invest in companies across the world contributing to the advancement of more sustainable transportation through cleaner energy products and solutions. This fund was created in alignment with the National Wildlife Federation, whose mission is to protect wildlife and restore wildlife habitat, including advancing climate solutions to create a zero-carbon future where wildlife and people thrive together,” concluded New York Life.