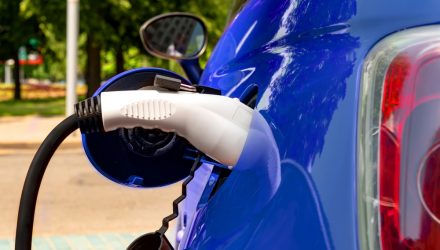 In fact, investors are increasingly realizing that rather than solely relying on vehicle manufacturers, there are broader, potentially more relevant, and rewarding approaches to this space. Enter the IQ Cleaner Transport ETF (CLNR).

While CLNR has allocations to well-known electric vehicle makers, such as Tesla (NASDA: TSLA) and Chinese companies, as well as traditional auto manufacturers that are boosting electric exposure, the fund has a broad reach into other important parts of the electric vehicle ecosystem. That could enhance the potency of CLNR from a long-term perspective.

“A new European battery ecosystem could be in the cards, as the region seeks to be a leader in the global shift to electric vehicle adoption,” according to Goldman Sachs. The bank names the key stocks along the battery value chain that it thinks could benefit from “Europe’s largest industrial transformation,” reported Zavier Ong for CNBC. “The bank estimates EV penetration in Europe will hit 72% in 2030, up from just 11% in 2021. The region is expected to lead the world in EV penetration.”

As has been widely documented, Europe is one of the most advanced regions when it comes to renewable energy adoption and deployment as well as embracing EVs. However, not all ETFs in this category are levered to that theme. CLNR is. The fund allocates nearly 35% of its weight to Europe, including a 23.9% weight to Germany and France — the Eurozone’s two largest economies. That could be a positive trait today and over the long term.

“In a note from June 20, Goldman’s analysts, led by Philipp Konig, said they expect EV battery demand to increase by a compounded rate of 20% into 2030. Coupled with the European Union’s ban on fossil-fuel vehicles by 2035, this will create a battery market valued at $900 billion by 2035, according to Goldman,” reported CNBC.

Proving that it meets the demands of an evolving electric vehicle landscape, just three of CLNR’s top 10 holdings are vehicle manufacturers. In fact, industrials are CLNR’s largest sector exposure, not consumer discretionary — the home group of car companies.

With a 24% weight to technology stocks, CLNR seizes upon the importance of semiconductor makers and software companies in the expanding EV ecosystem.