You are at:Home»Equity ETFs»Dow Slips Over 150 Points Amidst More Trade Concerns 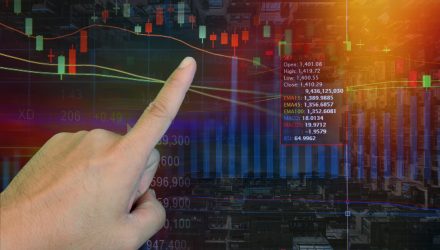 Related: Sizing up the Current State of the U.S. Economy

The Dow opened on the down side on Tuesday by 400 points in the latest trade threat with the Trump administration proposing an additional round of tariffs on over $200 billion worth of Chinese goods.  It’s an ongoing war with market implications for both sides and no winners, according to Jeremy Klein, chief market strategist at FBN Securities.

“While I suppose no one wins a trade war, the U.S. is currently ‘losing less’ in its current dispute with China if one uses the respective stock markets as a guide. While the S&P 500 largely stands in place and resides well above its correction bottom from earlier in the year, the Shanghai Composite has tumbled to a twenty-three month low,” said Klein.