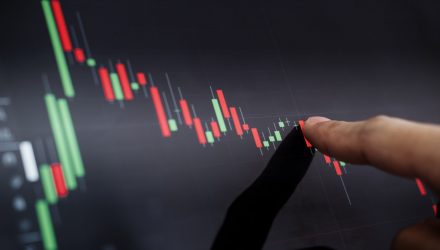 Dow Falls Amid Government Shutdown and Economic Slowdown in China

The Dow Jones Industrial Average fell as much as 200 points on Friday amid a U.S. government shutdown that is now three weeks long and concerns over an economic slowdown in China.

The Dow is coming off the heels of a five-day winning streak on trade negotiations between the U.S. and China progressing. Domestically, however, investors worry that the government shutdown could drag on longer than anticipated.

U.S. President Donald Trump said he would miss the annual World Economic Forum at Davos this month as result of the shutdown.

Because of the Democrats intransigence on Border Security and the great importance of Safety for our Nation, I am respectfully cancelling my very important trip to Davos, Switzerland for the World Economic Forum. My warmest regards and apologies to the @WEF!

“We think a deal will be reached to reopen the government, but only after economic, financial and/or political pain is felt,” said Joseph Song, an economist at Bank of America Merrill Lynch. “Every two weeks of a shutdown trims 0.1pp from growth; additional drag is likely due to delays in spending and investment.”

In addition to Apple, who lowered its fiscal first quarter revenue guidance due to an unanticipated slowdown in China, Starbucks could be affected next.