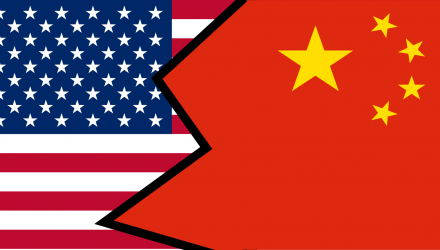 As worries about the tension between the U.S. and China intensify, The Dow plunged once again on Friday, with sharp losses that went as high as 710 points.

Why the Dow Dropped

The Dow dropped almost 600 points on Friday as the potential for a damaging trade dispute — which had begun to fade on Wednesday and early Thursday as other top White House advisers tried to calm the markets as statements by  Mr. Trump, Mr. Mnuchin and Robert Lighthizer, the United States trade representative, stirred up the sentiment that the U.S. would not back down.

In regards to backing down in the potential trade war, Mr. Trump said on WABC Radio’s, Bernie & Sid in the Morning show, “If I did that, I’m not doing my job. So, I’m not saying there won’t be a little pain, but the market’s gone up 40 percent, 42 percent — so we might lose a little bit of it — but we’re going to have a much stronger country when we’re finished. And that’s what I’m all about. We have to do things that other people wouldn’t do.”

Are we going to have a much stronger country?

Many are in a panic over the recent escalation and some believe that China can handle a potential trade war far better than America can due to the nature of its government and economy.

After Trump ordered his administration to consider slapping taxes on an additional $100 billion in Chinese goods on top of $50 billion in goods previously announced by both Trump and China, China’s Commerce Ministry said they would fight  “at any cost” with a full slate of counter-measures.