You are at:Home»Equity ETFs»Dow Dismisses Trade Concerns, Climbs Over 100 Points 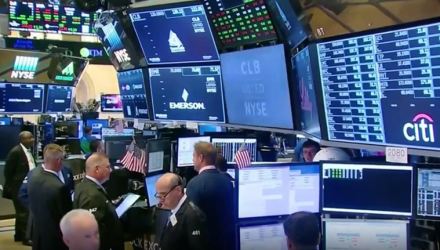 The Dow Jones Industrial Average climbed over 100 points on Thursday morning, effectively pushing trade concerns to the side after closing Wednesday’s session 200 points in the red.

The S&P 500 and the NASDAQ were both up–13 points and 70 points, respectively. Leading the way for the Dow was Intel, which gained 2.3% while both the S&P 500 and NASDAQ were lead by CA Inc, which was just purchased for $18.9 billion by Broadcom.

The markets re-shifted its focus back on fundamentals after U.S. President Trump’s administration imposed a 10 percent tariff on $200 billion worth of Chinese goods. The announcement came late Tuesday and carried over to Wednesday morning’s trading session, snapping the Dow’s four-day winning streak.

The trade disputes couldn’t muffle earnings reports from companies like Delta Air Lines, which posted a strong second quarter. Delta Air Lines reported an earnings per share of $1.77, beating estimates from Zacks Consensus Estimate of $1.72–an increase on a year-over-year basis.