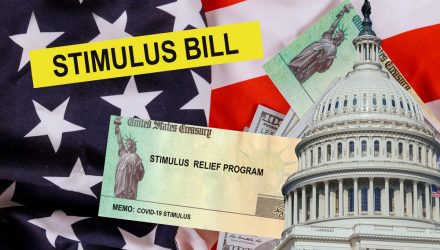 Expectations for another stimulus package coming out anytime soon have waned as Senate and House of Representatives stepped into recess with no fresh talks scheduled, Reuters reports.

“A lot of the economic data points that we will see in the next 2-3 months are definitely going to hinge on not having a stalemate in talks,” David Wagner, portfolio manager and analyst at Aptus Capital Advisors, told Reuters.

Meanwhile, the latest U.S. retail sales data revealed an increase less than expected in July, and many anticipate sales numbers could slow further due to a rise in COVID-19 cases and the reduction in unemployment checks without another economic relief package to enhance the weekly benefits.

U.S. factory output also increased more than expected in July, but the readings remained below pre-pandemic levels while consumer sentiment was largely flat in the first half of August.

“We still have a long way to go (in terms of an economic recovery) and income support is the way to power the consumer through. If we get strong retail sales data over the next two months, given the lack of recent government action, it should be very positive,” Wagner added.

While U.S. markets are stilling pushing higher with the S&P 500 within range of its February record high, the uncertainty over the timing of the next stimulus installment along with the rising Covid-19 related infections and upcoming U.S. presidential elections are pressuring investor sentiment.

“There’s a lot of confusion out there,” Larry Swedroe, chief research officer at Buckingham Wealth Partners, told the Wall Street Journal. “They ask how could stock prices be so high when we’re going through this terrible crisis.”

“The risk of a Biden win could have big, negative implications for the market,” Swedro added, pointing to the likelihood of higher corporate taxes and regulations.