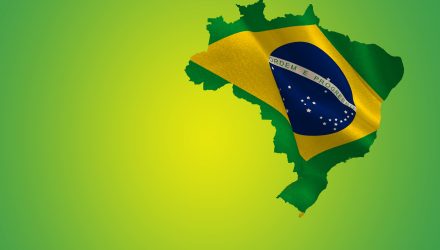 Brazilian markets and country-related exchange traded funds are stuck in a slump and the ongoing domestic troubles could continue to weigh on the emerging market.

The iShares MSCI Brazil Capped ETF (NYSEArca: EWZ), the largest exchange traded fund tracking Brazilian equities, has declined 22.3% over the past three months and is hovering around a 10-month low.

While improved family consumption and lower interest rates have helped support the Brazilian economy in the first quarter, labor strikes and political risks continue to weigh on the outlook for the rest of the year, Bloomberg reports.

Things Are Not What They Seem

“More than half of growth in the quarter came from accumulation of inventories,” Alberto Ramos, chief Latin America economist for Goldman Sachs, told Bloomberg. “This shows demand grew at a slower pace than supply and this doesn’t bode well for growth in coming quarters.”

“It’s less bad than expected, but I think it’s difficult to celebrate the result,” Jankiel Santos, chief economist at Haitong, told Bloomberg. “Domestic demand was slightly better than expected, primarily with the participation of investments above what we imagined.”