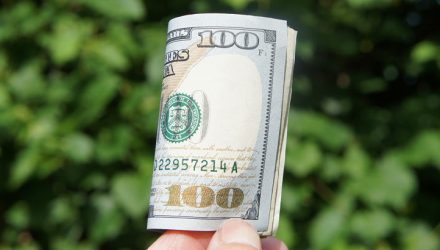 Dollar Downturn Could be Nearing its End

Investors have heard the following plenty this year. The PowerShares DB U.S. Dollar Index Bullish Fund (NYSEArca: UUP), the tracking exchange traded fund for the U.S. Dollar Index, is sliding and is one of this year’s worst-performing currency ETFs.

Investors have also heard plenty about the dollar’s downturn ending while those predictions, to this point, have proven inaccurate. That is not preventing some currency market observers from predicting the dollar will rebound.

“Paul Ciana, chief global technical strategist at Bank of America, says there are two charts of the dollar that show how grossly oversold it is,” reports CNBC. “The strategist is looking at the relative strength index, or RSI, of the U.S. dollar, which tracks the momentum of the dollar’s moves. The RSI has reached its lowest level in years, according to Ciana’s chart, meaning that the latest drop in the dollar didn’t have as much momentum to the downside. This leads the strategist to believe that “it could be wise to think about a little bit of a dollar long.”