You are at:Home»Webcasts»Dividend ETFs to Capture Quality Opportunities in the Post-Election Market 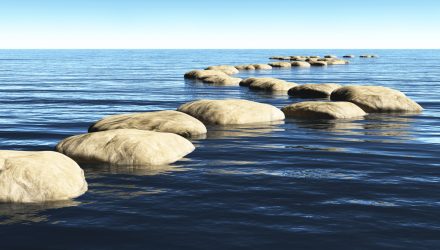 Dividend ETFs to Capture Quality Opportunities in the Post-Election Market

As we consider what may lie ahead for markets, income-minded investors can consider the dividend landscape and dividend growth exchange traded fund strategies that have exhibited strong performance characteristics under a wide range of market conditions.

In the recent webcast, Investing After the Election: What Experts See for the Road Ahead, Ed Clissold, Chief U.S. Strategist, Ned Davis Research, explained how markets have historically reacted to election years, pointing out that stocks prefer Congressional checks on Democratic presidents. Specifically, when a Democrat becomes president but is in office with a split Congress, the Dow Jones Industrial Average enjoyed its highest historical gain of 8.0% per annum. In comparison, the DJIA rose 5.2% when there was a Democrat president and a Republican Congress and increased 3.0% when there was a Democrat president and a Democrat-led Congress. On the other hand, the DJIA suffered its worst performance of -.4.8% per annum when there was a Republican president and split Congress.

Clissold also highlighted how health care has been the worst sector after incumbents lose while the financial sector has performed best after incumbents lost, followed by information technology and communication services. After Democrats won, cyclical sectors have historically outperformed, with information technology and communication services sectors outperforming after Democrats win. Conversely, utilities have been the worst performers after a Democrat win.

Clissold argued that the economy and stock market performance worked against Trump this election cycle. Looking ahead, investors’ biggest fear about a Joe Biden presidency is his proposed higher tax hikes, which will be the second highest capital gains rate in history. Investors, though, may be mollified in knowing that the election uncertainty often reverses in post-election years, and sector leadership has been more cyclical following incumbent party losses and under Democratic presidents.

“Looking back on other historic drawdowns, companies with the longest historical track records of dividend growth have tended to lose less as the market goes down and outperform when the market rebounds,” Hyman said. “While we’re certainly in unprecedented times, dividend growth strategies demonstrated their worth for investors’ portfolios before.”

“Many factors contribute to equity returns, but dividends in particular have contributed significantly to returns over time,” Hyman said. “If we look at total returns for the S&P 500 since 1960, whether by the decade or overall, it’s evident how strong an effect dividends have had. In fact, nearly a third of total S&P 500 returns over time can be attributed to dividends.”

Those that have cut dividends have been punished by the markets. This is especially important this year since under the CARES Act stimulus bill lending program, companies receiving federal assistance will, among other restrictions, be prohibited from paying a dividend for a period of time.

Investors can gain exposure to quality dividend payers through the ProShares S&P 500 Aristocrats ETF (NOBL), which tracks the S&P 500 Dividend Aristocrats Index. NOBL is ProShares’ flagship dividend growth ETF strategy that targets the cream of the crop, only selecting components that have increased their dividends for at least 25 consecutive years. More than half of the companies in the index have over 40 years of consistent dividend growth, and 10 of them have grown dividends for more than half a century.

“These companies increased their dividends in difficult environments like the Great Recession and the Tech Wreck. As a group, they have exhibited the same resiliency in today’s pandemic-challenged environment,” Hyman said.

“In fact, well over one-third of the companies in the S&P 500 Dividend Aristocrats Index have already increased their dividends so far this year,” he added.

Investors may also note that the improved risk-adjusted returns over time is also found in the smaller segments of the companies with a consistent history of growing dividends. For instance, since its inception, the S&P 500 Dividend Aristocrats Index returned 10.40% with 13.74% standard deviation, compared to the S&P 500 Index’s 9.25% return and 14.74% standard deviation over the same period.

“Companies that have not just paid dividends, but consistently grown them over time have shown hallmarks of quality like stable earnings, solid fundamentals and strong histories of profit and growth,” Kieran Kirwan, Director, Investment Strategy, ProShares, said. “Consistent dividend growers have captured more of the U.S. equity market’s gain with less of the loss.”

Financial advisors who are interested in a market outlook post-election can watch the webcast here on demand.