You are at:Home»Dividend Channel»This Dividend ETF Could Be an Ideal Play on Small-Cap Value Resurgence 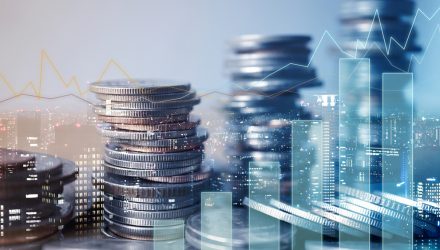 Small-cap stocks have been lethargic in recent months, and that’s true of the value members of the group, but some market observers believe that smaller equities will rebound and that value fare will contribute to that resurgence.

That benchmark isn’t cap-weighted. Rather, it’s “dividend weighted annually to reflect the proportionate share of the aggregate cash dividends each component company is projected to pay in the coming year,” according to the issuer.

Nor is DES weighted by yield, but its dividend yield of 2.06% is admirable in the current environment and more than double the dividend yield of 0.83% found on the Russell 2000 Index. Then there’s the value proposition offered by DES.

“Mid-caps, on the other hand, trade at a 30% premium to their long-term average valuation, and small-caps stand at 9%,” reports Nicolas Jasinski for Barron’s. “That setup points to superior returns for shares of smaller companies than larger ones going forward. Long-term investors might consider increasing the weight of small-caps in the equity portion of their portfolios.”

Small-cap stocks are typically more volatile than their large-cap counterparts, and that added volatility can try some investors’ patience. However, dividends can take some the edge off of small-cap turbulence. That’s potentially positive for investors considering DES because the long-term case for smaller stocks is gaining momentum.

“We see small caps as an area of opportunity for long-term investors, where valuations for the Russell 2000 suggest mid-to-high single digit annualized returns over the next decade, and the relative forward P/E of large vs. small caps (0.78x, vs. the historical average of 1.03x) also suggests small should beat large over the next 10 years,” said BofA Securities’ head of U.S. small- and mid-cap strategy Jill Carey Hall in a report cited by Barron’s.

Among small-cap sectors, Hall likes consumer discretionary, financials, industrials, and energy, and also notes that real estate is worth a look as an inflation protection group.

That’s a positive assessment for DES because financials are the ETF’s largest sector weight at 26.37%. Industrials and consumer discretionary combine for almost 30%, while real estate is the fund’s fourth-largest sector exposure at 10.21%. Energy has a modest allocation at 1.45%.