You are at:Home»Dividend Channel»Seeing the Emerging Markets Forest Through China’s Trees 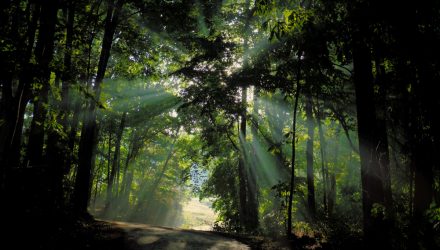 There’s still a case for emerging markets equities, though that forest is hard to see through the trees of China’s regulatory risk.

DEM’s distribution yield of 5.70% clearly stands out, but that’s far from the exchange traded fund’s only favorable trait. Among DEM’s eye-catching characteristics that are relevant today is the fund’s 15% weight to China. That’s less than half of the weight allocated to that country in the MSCI Emerging Markets Index. DEM also has some sector-level perks.

DEM is also tethered to rebounding value stocks – a trend that spread to emerging markets this year.

DEM’s underlying index “has also been over-weight in the value sectors like Financials and Materials that have been beneficiaries of an improving global economy and a rally in commodity prices,” adds Wagner.

Those two sectors combine for half the fund’s roster. Aside from an almost 14% tech weight, the bulk of which doesn’t involve China, most of DEM’s sector exposures are either cyclical or defensive. Interestingly, while China is by far the largest developing economy and its internet and technology stocks have been stellar performers until recently, DEM has an established history of outpacing broader emerging markets benchmarks.

The WisdomTree Emerging Markets High Dividend Index, DEM’s underlying benchmark, has topped the MSCI Emerging Markets Index dating back to 2007. In other words, investors are getting paid to prune China exposure and embrace dividends.

“The outperformance was achieved with less risk over the full period, albeit with similar volatility to the benchmark in more recent years,” according to Wagner. “We think this approach to targeting quality dividend payers can provide a solution for investors interested in enhancing potential income for portfolios, as an active management solution, and/or to tap into a higher inflation thesis, given its tilts to the Materials, Financials and Real Estate sectors.”