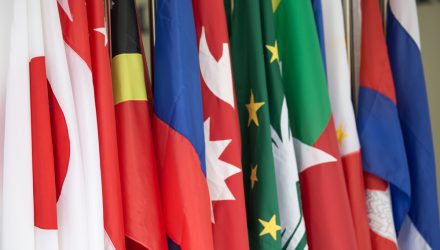 One option for extracting more yield out of an investment is the SmartETFs Asia Pacific Dividend Builder (ADIV).

The idea of investing overseas might be a daunting proposition for unseasoned income investors with a low penchant for risk. With quality and dividend growth being top-of-mind for ADIV, investors need not fret.

The actively managed component of ADIV means the fund can dynamically seek out dividend-paying opportunities as the market shifts. Rather than farm out their own opportunities, investors put their money to work with a management team.

“Edmund Harriss and analyst Mark Hammonds have managed the Fund since launch,” the fund’s website noted. “They have developed an investment process that is clear, robust, transparent, and scalable.”

“Their approach filters out much of the noise and hype that surrounds companies to focus on the true signals that drive company valuations,” the website added. “By performing their own company research and analysis, using their own proprietary modeling systems, the managers try to avoid some of the behavioral biases associated with being unduly influenced by market sentiment.”

Of course, one of the primary concerns investors will want to know is how the Asia-Pacific region is handling the pandemic. While stumbling out the gates early, the broader economy is starting to kick into higher gear, as outlined in an S&P Global report.

“Asia-Pacific, after success in suppressing COVID-19 in the first stage of the pandemic, has stumbled in the shift to vaccination and reopening,” the report said. “Early success may have bred some complacency and the vaccine rollout was slow to start, as governments were late to secure supplies and residents were hesitant to get a jab, at least initially.”

“This has changed. Earlier defenses have been breached by new variants and pandemic fatigue. Intermittent and targeted lockdowns have returned,” the report added further. “In response, governments sped up domestic production of vaccines or scaled up orders from abroad, and started to promote mass vaccinations. Perhaps even more important, rising infections appears to have reduced vaccine hesitancy among populations.”