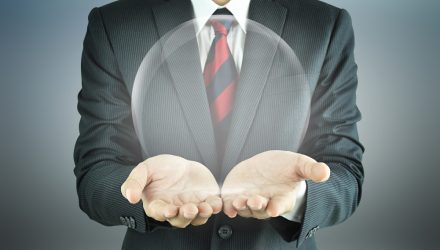 CTRU Shows the Merits of Transparency

Evolution is afoot in the world of exchange traded funds emphasizing sustainability and environmental, social, and governance (ESG) principles, and with that comes fresh approaches to index and fund construction.

The ARK Transparency ETF (CTRU) is a prime example of that trend. Indeed, CTRU is fresh on the scene — it debuted in December — and as its name implies, it focuses on corporate transparency. Transparency is open-ended, and defining in it virtuous investing terms can lead to multiple interpretations, but it is highly relevant in the ESG conversation.

CTRU follows the Transparency Index, which is supported by research indicating that companies that ace the transparency part of the equation also score well on ESG metrics. Additionally, these firms are often innovators and can find avenues for affecting positive change.

“In fact, transparency has transformed several industries meaningfully over time, with the most transparent companies often the leaders and prime beneficiaries. The internet evolved on open-source technologies and protocols that became launching pads for innovation, so much so that Apple Inc., Amazon, Facebook, and Google, now Alphabet Inc. all scaled to market capitalizations in the range of $920 billion to $2.9 trillion,” says ARK Invest client portfolio manager Thomas Hartmann-Boyce in a recent white paper.

Apple (NASDAQ:AAPL) and Amazon (NASDAQ:AMZN) are CTRU holdings. However, the new ETF is also home to some companies that not only score well in terms of transparency, but also offer exposure to disruptive growth themes, including cloud computing, e-commerce, and streaming entertainment.

There are other reasons to emphasize transparency. For example, financial market history is littered with examples of corporate collapses by firms that were far more opaque than they were transparent. Think Enron and WorldCom.

“History also teaches that a lack of transparency can slow the pace of innovation, with potentially disastrous consequences for economies, companies, and individuals,” adds Hartmann-Boyce. “Leveraged and opaque financial instruments like complex derivatives and non-transparent leveraged loan funds contributed to the 2008-09 global financial crisis that pushed U.S. gross domestic product (GDP) down by 4.3% from peak to trough.”

That’s a strong case for long-term investors focusing on transparency and even short-term traders avoiding transparency-challenged firms. So does the following:

“What if relative to the S&P 500 Index, the Transparency Index identified companies that committed less financial crimes and violated fewer environmental regulations? According to Transparency Invest, this could have an important impact on a company’s performance as well as on the markets themselves,” concludes Hartmann-Boyce.