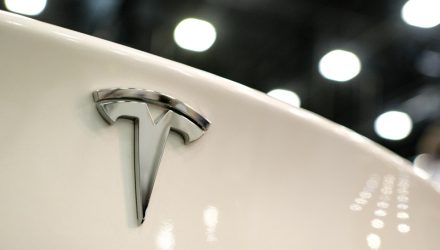 Tesla (NASDAQ:TSLA) commands a weight of 2.07% in the S&P 500, making the electric vehicle (EV) giant the seventh-largest holding in the benchmark domestic equity index, but that only scratches the surface of the stock’s rising importance.

Investors looking to up exposure to Tesla without direct commitment to the stock may want to evaluate exchange traded funds, including the ARK Autonomous Technology & Robotics ETF (CBOE: ARKQ). ARKQ has one of the largest weights to Tesla among all ETFs, meaning that investors in the ARK fund can really “feel it” when Tesla notches big moves.

“Tesla’s strong performance has landed it among the top five contributors to return in five of the past eight quarters. Prior to the first quarter of 2020, Tesla had a minuscule impact on the broader market’s returns. But as the stock has rallied and was added to market indexes, its influence has grown,” writes Morningstar analyst Lauren Solberg.

At the sector level, Tesla’s influence, not surprisingly, is amplified. It’s the second-largest component behind Amazon (NASDAQ:AMZN) in the S&P 500 Consumer Discretionary Index. In that index, Tesla commands a weight north of 18%. That statistic indicates that the actively managed ARKQ nicely splits the difference between direct ownership of Tesla shares and the often excessive weights that standard cap-weighted sector ETFs assign to the stock.

As Solberg notes, removing Tesla from the consumer discretionary sector would have more of an impact than if Amazon departed. At least, that’s been the case over the past several years.

“Consumer cyclicals are up 95.24% over the past two years. By excluding Tesla, the sector would be up 67.55%. By way of contrast, were Amazon.com excluded, the sector would still be up 87.5%,” says the Morningstar analyst.