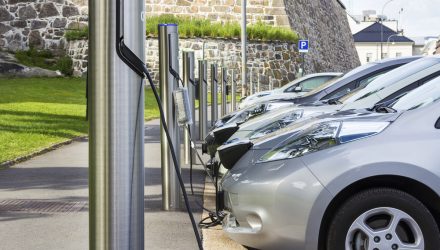 With Proof Electric Vehicles Are Here to Stay, This ETF Looks Appealing

The ARK Innovation ETF (NYSEArca: ARKK) isn’t just the largest actively managed equity ETF, its 10.64% weight to Tesla is among the biggest among all ETFs. These days, that’s a favorable trait to have.

More importantly, there are positive, long-term implications for investors considering ARKK as a Tesla proxy.

“Select Tesla Model S sedans have achieved a 400-mile range rating from the Environmental Protection Agency,” reports Al Root for Barron’s. “It is an impressive feat, even if investors don’t know what it means for the stock and the electric-vehicle industry.”

“The better existing EVs get, and the longer they travel on one charge, the closer Tesla, and its EV peers will come to eliminating concerns about the cars’ range. Improved battery technology also has the potential to lower costs relative to gasoline-powered cars,” according to Barron’s.

The automotive industry is constantly innovating whether it’s the rise of electric vehicles, autonomous self-driving transportation, and organizational initiatives to drive more innovation in the sector. ARKK enables investors to access high growth potential through companies critical to the development of autonomous and electric vehicles – a potentially transformative economic innovation.

For Tesla and potentially ARKK, the increased range is important.

“This significant achievement reflects Tesla’s obsession with efficiency and energy frugality and is realized through several changes, both iterative and transformational, in core hardware and system architecture development by the Tesla engineering, design and production teams,” according to Tesla. “These changes went into production earlier this year when we first started manufacturing Model S Long Range Plus at our factory in Fremont, California. All Model S Long Range Plus vehicles will receive the new 402-mile rating.”